It probably will not surprise you to hear that I’d rather follow a recipe than throw things into the pan and hope for the best. (What, my self-imposed blog rules tipped you off?) If I want to make a new dish I usually look at a few recipes first, and I choose one to follow or tweak, or create my own hybrid version. Even before I had a food blog I was nerdy enough to take notes when I was experimenting so I could recreate the recipe if it was a success. I think it allll goes back to this amazing – amazing – crispy bbq salmon that Jay and I made seven years ago and have never been able to reproduce.

On a related/unrelated note, I can rap the steps to the Scientific Method. (Heeey! Must be the Method!)

This turkey pasta, though – this is a dish where there are no rules. Maybe we should call it No Rules Pasta and celebrate how uninhibited I am. When I have random veggies that need to be used up, I either make stir-fry or this pasta dish. Of course, you can plan to make it and buy your favorite veggies, but it’s super flexible: if your summer garden is overproducing zucchini and tomatoes, throw ’em in! Everybody likes peas? By all means. You can even add leftover cooked vegetables, like steamed green beans or roasted broccoli, at the end. And definitely use up the rest of that bag of spinach you were sure you wouldn’t let turn all slimy this week – just me? It may not be the most elegant dinner you put on the table this week, but it sure tastes good! 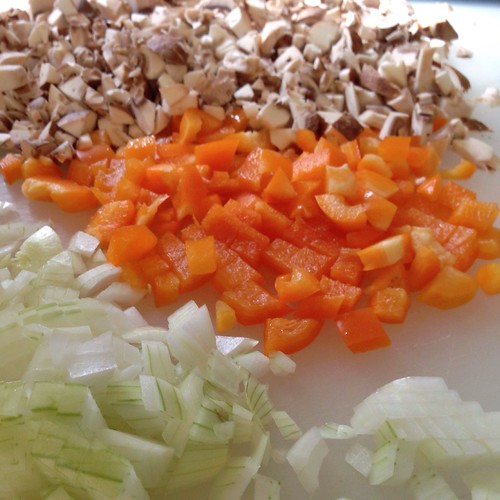 So: chop up your veggies. I like to chop everything into little pieces (the better to disguise the unlovable ones so they’re all just part of the sauce), but you can also do big chunks (a good tactic if certain things have to be removed from certain people’s portions). You can add them to the pot with some olive oil and let them start cooking as you cut them – just do the longest-cooking ones first (like onions and broccoli). 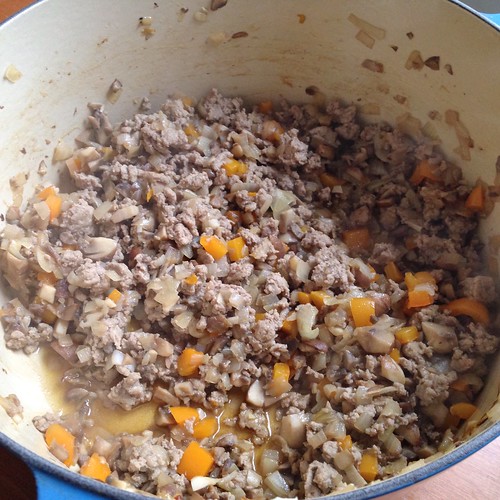 Once the veggies are starting to get soft, push them to the sides of the pot and add another tablespoon of olive oil. Cook the turkey, stirring it into the veggies once it’s getting browned. Add a big pinch of salt – at least half a teaspoon – and stir in fresh spinach or kale until it wilts, or any frozen or precooked veggies. Then pour in a jar of your favorite marinara sauce. 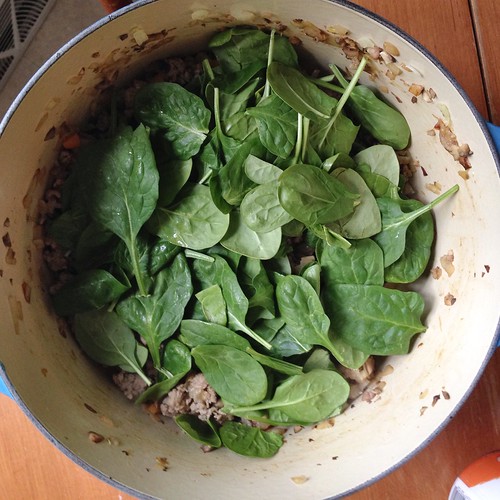 This is 4 big handfuls of spinach, and you can see in the finished sauce that once it’s wilted it doesn’t look like much! You can easily use twice that much. 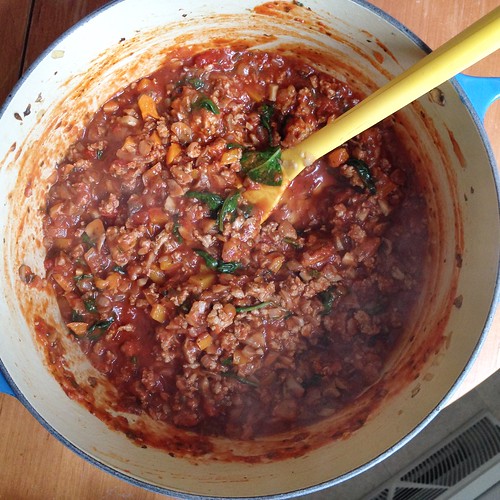 And that’s it! Let it simmer for a couple of minutes, taste it and add salt if needed, and then spoon it over pasta – when I fix my own bowl, I like a ratio of a TON of sauce and veggies to a small scoop of pasta. And lots of parmesan cheese. 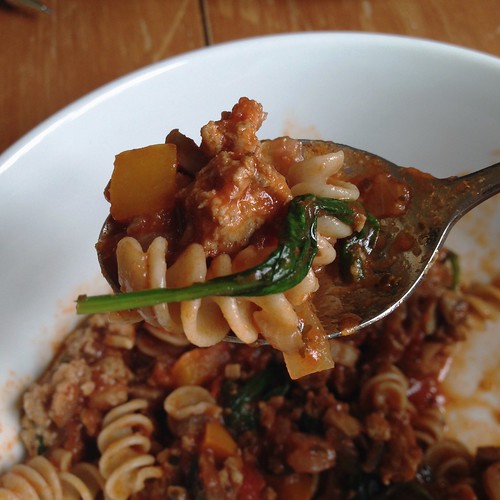 If you prefer, you can skip the turkey and make this a meatless meal.