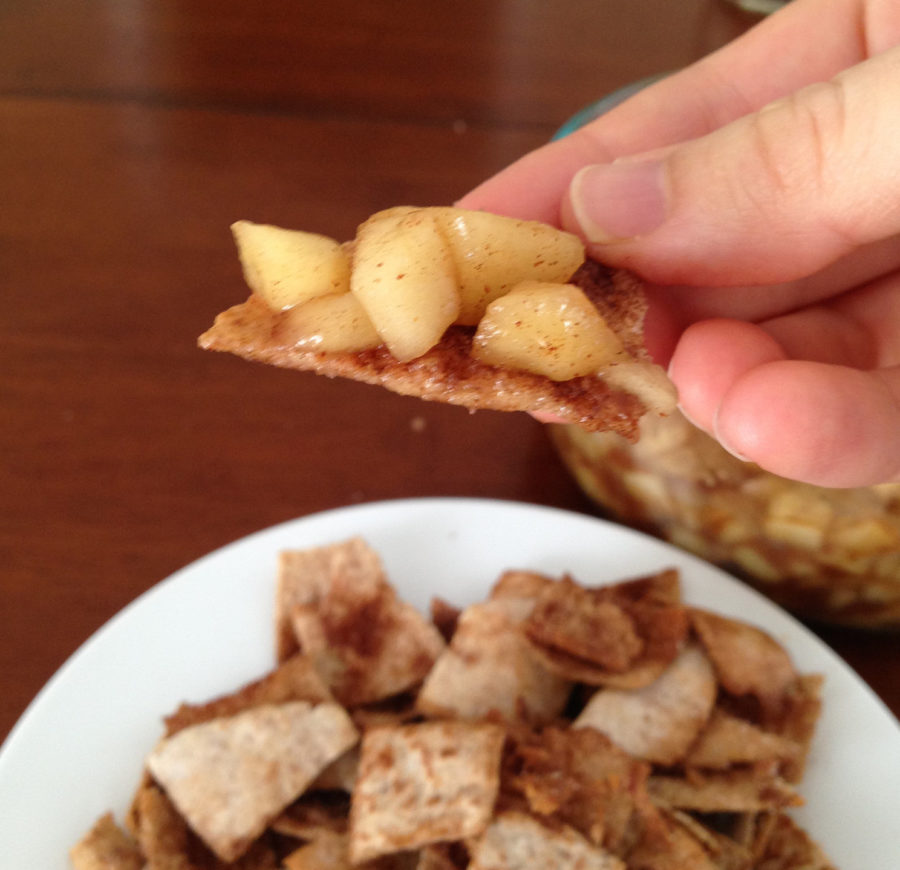 Having a three-year-old has really helped me to make healthier snack choices. It’s just a lot harder to sneak things than it used to be! That means I generally only snack at designated times, and I eat something I’m willing to give her. So I’m very glad when there’s a big bowl of cinnamon-y apples in the fridge!

The first time I made this delicious apple pie dip, I ate it with Trader Joe’s Cinnamon Sugar Pita Chips and it was awesome. Then one fateful day, they were out of them (why you gotta do me like that, TJ’s?). So I tracked down a super simple recipe to make my own and whoa. Homemade pita chips definitely take this snack up a notch! 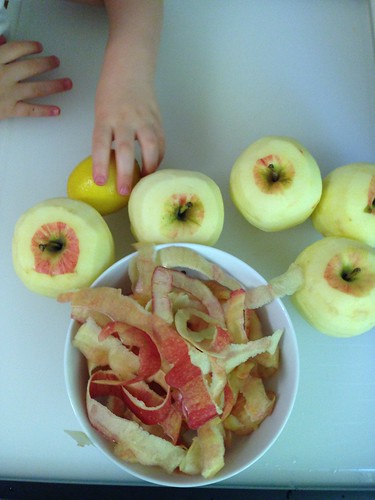 To get started, peel and dice up a few apples. My daughter loves to have her own cutting board and a plastic knife to slice up pieces of apple I give her. (She also loves to eat most of the pieces she cuts up!) Throw the pieces into a saucepan or pot, depending on how much you’re making, and stir in cinnamon and lemon juice – and brown sugar if you’re feeling sassy. In all seriousness, I have made this with no sugar when we’re more stringently avoiding it; when I do use it, it’s still much less than the original recipe called for. I use sweet apples so you really don’t miss it much! 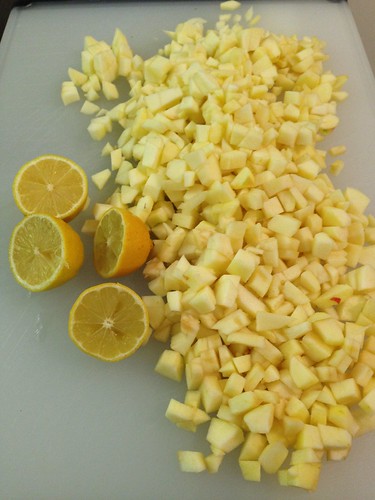 Stir the apples around for a few minutes until they soften slightly and release their juices. A cornstarch and water slurry thickens the sauce up and helps it coat the apples. That’s it! 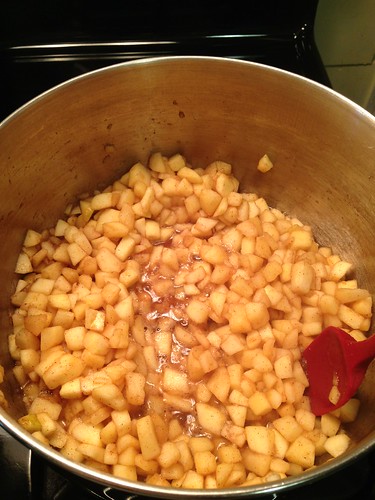 To make chips, brush a little oil onto pita halves, and sprinkle with cinnamon sugar. I use scissors to cut them into squares. They only take about 5 minutes in the oven to get brown and crispy. 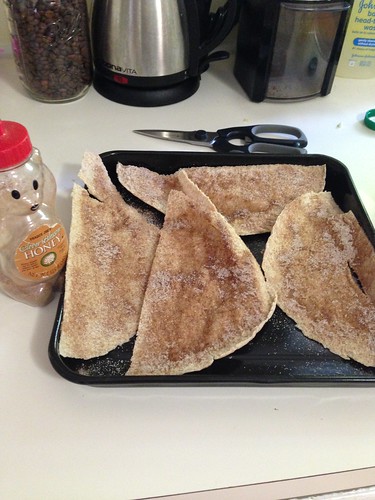 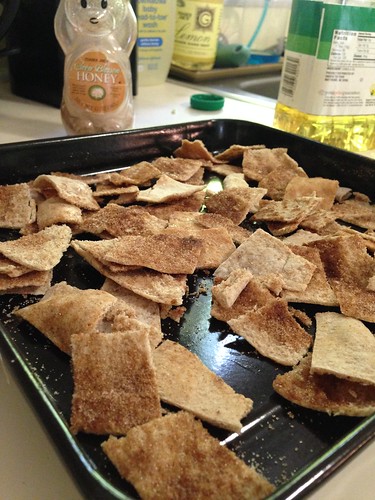 Snacking heaven! And since this is fruit and a whole wheat pita with a little sprinkling of sugar, I classify it as a healthy snack even if it tastes like dessert! 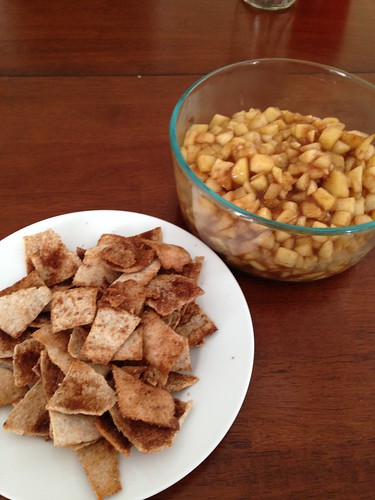 This recipe is for a large batch of the apples, because they keep well in the fridge! We do love the pita chips, but the apples also make a great side dish at dinner (think of them as a substitute for a potato or rice alongside a green veggie and a protein). Sprinkling a little homemade granola on top and eating it for breakfast is encouraged, too. And if after the kids are in bed you decide to warm up a bowl and add a scoop of butter pecan or vanilla ice cream…I mean, yes. Obviously, you should do this.

For the pita chips: