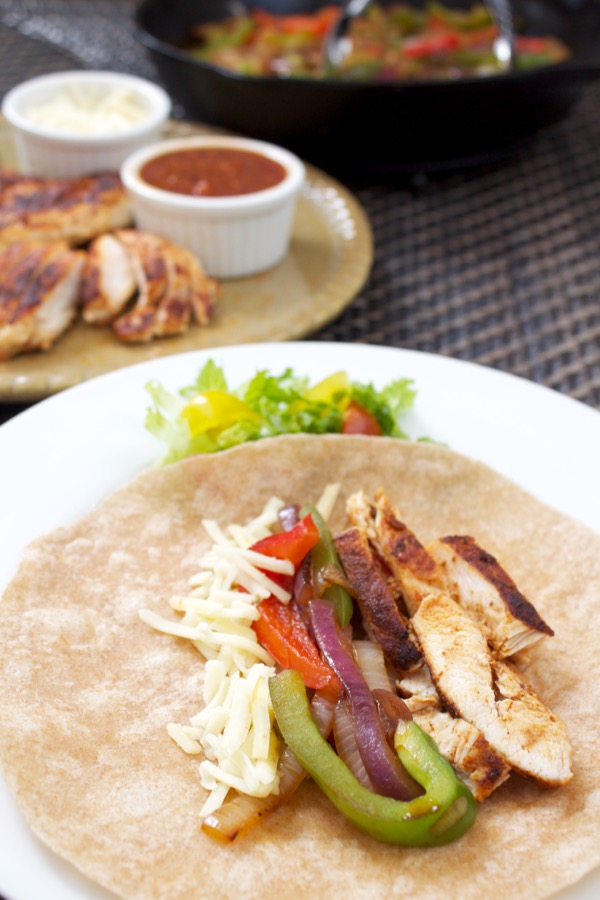 I hope your Cinco de Mayo involves a Mexican restaurant and enough chips + salsa + queso to make your jaw ache and your actual meal unnecessary. But if you’re cooking a Mexican feast at home – or you just need an easy weeknight meal – these chicken fajitas are for you, since you only need one skillet and less than 30 minutes to get it on the table! 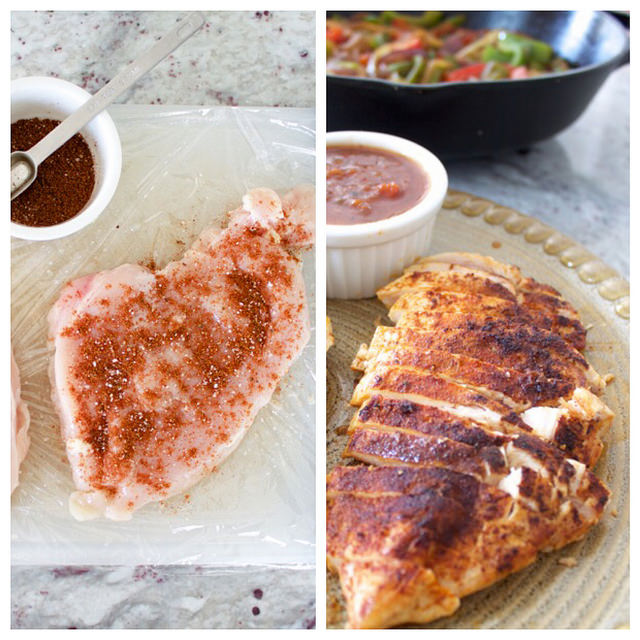 Start by pounding the chicken breasts to an even thickness (details in this post), and then sprinkle on a super simple homemade spice rub. You can add any spices you like, but I use cumin for earthiness, chili powder for mild spice, and smoked paprika for a smoky flavor that adds a great dimension and reminds me of the grill. The chicken gets cooked for a few minutes on each side, searing in all that flavor. 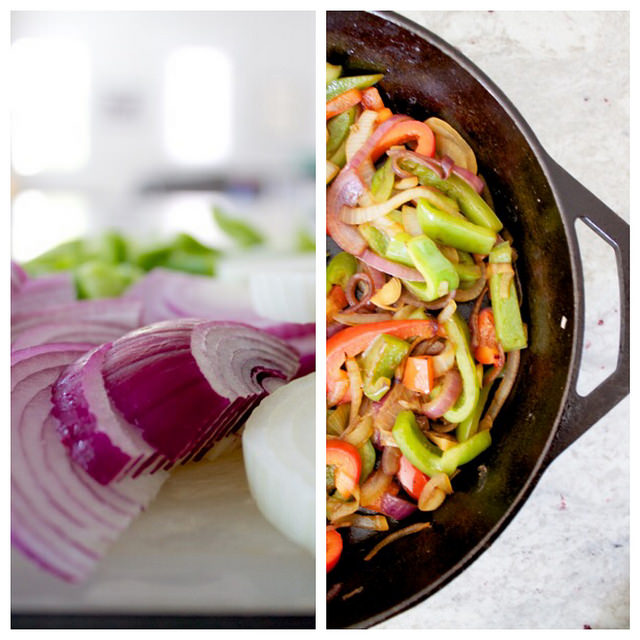 While the chicken is cooking, slice up onions and peppers. When the chicken is cooked through, remove it to a plate and quickly add the onions. Adding a tablespoon or two of water eliminates the need for additional oil, and lets you scrape up browned bits from cooking the chicken that add great flavor to the veggies. I like my onions more soft and tender, so I let them cook for several minutes before adding the peppers, but if you want them more crisp you can add the peppers sooner or even at the same time as the onions.

While the vegetables cook, let the chicken rest for a few minutes and gather up the other fajita fixings – shredded cheese, salsa, sour cream, guac or sliced avocados, lettuce, diced tomatoes, and lime wedges are all great additions. Then thinly slice the chicken and toss it with any accumulated juices on the plate. Season the onions and peppers to taste with salt and pepper and build your perfect chicken fajitas! 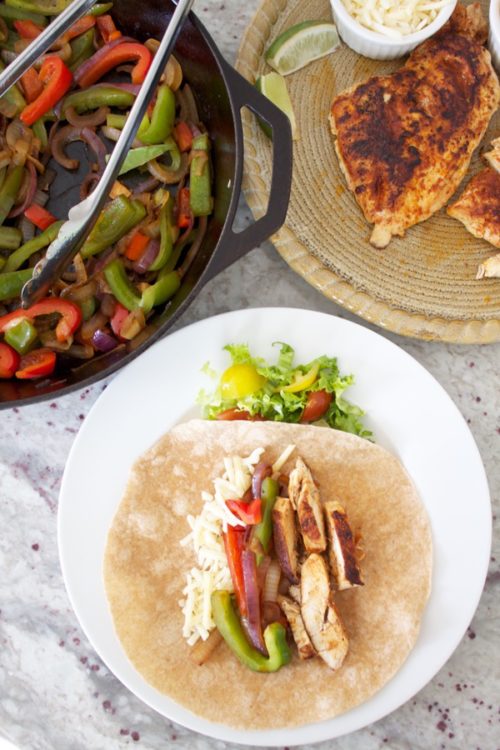 For the spice rub:

For the chicken and onions/peppers:

We like to load our fajitas up with a lot of onions and peppers and a relatively small amount of chicken, so that’s why I make a larger quantity of the veggies (plus, I like the have them leftover to throw in a quesadilla or burrito bowl or even on a pizza or in an omelet later in the week). If you are serving more people or want more chicken, you can maybe squeeze one more breast into the pan or just cook the chicken in two batches before doing the onions/peppers.